Just Speak, Incorporated supports the ISTSS’ (International Society for Traumatic Stress Studies) definition as comprehensive and most inclusive of the issues on which we focus our programming, training, and workshops:

The word trauma is used to describe negative events that are emotionally painful and that overwhelm a person’s ability to cope. Examples of such events include experiencing an earthquake or hurricane, industrial accident or vehicular accident, physical or sexual assault, and various forms of abuse experienced during childhood.
The types of trauma that tend to have the greatest adverse psychological consequences are those related to interpersonal or intentional trauma. These include childhood abuse and neglect.

What is Child Abuse?

Traumatic events that occur in childhood are called “abuse” events when children are threatened or harmed by those charged with their care or who are in a position of power or authority over them. Such persons include family members such as parents, stepparents, and older siblings. Guardians or persons in authority also include teachers, coaches, religious leaders, police officers, and judges. There are different forms of child abuse including physical abuse, sexual abuse, psychological abuse, and neglect. Child abuse can occur in many contexts including homes, schools, churches, foster care, justice systems, and workplaces.

What is Physical Abuse?

Physical abuse is deliberate aggression towards a child that leads to injury or risk of injury. Examples include beating or hitting a child or rough treatment of a child that can cause physical injury or harm. Consequences of physical abuse include bruises, scratches, burns, broken bones, lacerations, and loss of consciousness. The difference between discipline and physical abuse differs from country to country. However, the Human Rights Committee of the United Nations has stated that corporal punishment of children is degrading treatment of children and is prohibited (1992).

What is Sexual Abuse?

Sexual abuse occurs when a child is engaged in sexual behavior by an adult or some person who is older than them, with power and authority over them or who is entrusted to care for them. The purpose of the engagement of the child is for the benefit of the adult, either for pleasure or for financial profit. Because this type of trauma often involves the exploitation of the trust of the child, it is sometimes referred to as “betrayal trauma.”

What is Psychological Abuse?

Psychological abuse includes a range of non-accidental actions that create fear in a child or that intend to injure his or her dignity and psychological integrity. Examples include threats to abandon a child, threats to harm a child or people or things the child cares about, and berating, disparaging or scape-goating a child. Psychological abuse can also include actions such as confining a child (put in a closet or tied to a chair), physical humiliations (standing naked to others) or coercing child to inflict pain on him or herself.

Neglect is a form of child abuse and is a form of threat to the child by acts of omission of care that threaten the child’s survival. Examples include failure of a parent or caretaker to provide needed food, clothing, and shelter, leaving a child alone for extended periods of time and not providing medical care as needed.
Taken from the website of ITSS http://www.istss.org/public-resources/remembering-childhood-trauma/what-is-childhood-trauma.aspx

Silence about any of these acts will not protect you!If you or someone you know is being abused, TELL, REPORT, AND TAKE ACTION NOW! Call these numbers 24/7 for help: 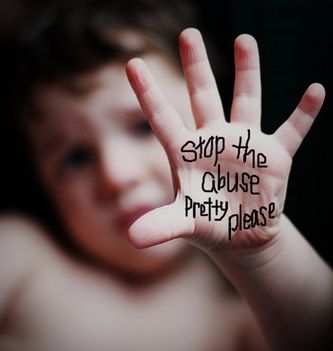 “Your Silence Will Not Protect You”. -Audre Lorde